So many people advised us not to travel to Africa citing our safety (or lack thereof) as the main reason.  Interestingly, most of those who told us how bad it was had never actually been.   But the one person who scared us the most had actually lived there and had seen most of his wife’s family murdered during when black South African’s took back land from white farmers in the early part of this century.  So when we arrived after nearly 20 hours of travel we were sure we were going to be robbed or burgled before we’d even left the airport (and indeed there were a couple of shady characters who offered to ‘carry’ our bags for us.  But we made it out of the airport alive and arrived at a motel on the edge of Johannesburg.    The next day we booked a tour around Johannesburg and Soweto.  Hooley dooley, what an eye opener.

I had learned a little about apartheid at school and had heard of Soweto but what I thought I knew and what actually is, are poles apart.  Soweto – the largest black residential area in South Africa – covers roughly 120 square kilometres and houses a population of 3.5 million (29,166 people per square kilometre.  Contrast that with Melbourne which only has 500 people per square kilometre).  Nothing prepared me for the abject poverty of the shanty town or the stark contrast of the extraordinary wealth and multi-million rand houses that sit in full view just a short distance away.  We spent a great morning visiting all the main highlights – Mandela’s house, Desmond Tutu’s house, the Hector Pieterson Museum and finally the home of a family who live in a ‘house’  (three pieces of corrugated iron propped together) in the shanty town.   The lady told us that her family were moved there ‘temporarily’ 27 years earlier 🙂  The cynic in me knows that this is probably just emotional blackmail and a way for them to earn extra income but wherever we went through South Africa, Zambia and Zimbabwe we saw the same tin slums so it is definitely a continent of contrasts.

The highlight for me was the flat tyre in the tour bus that allowed us to stop on a bare patch of dirt just outside the shanty town. There was a market of sorts – a fellow who had set up his ‘shop’ cutting the hair of the locals; there were some clothes and produce for sale and a there was a bunch of kids playing in the dirt. We gave the kids some coins (probably only about $2.00), but it seemed like they had hit the jackpot.  And just like all kids we have met in many countries before and since, they ran straight over to one of the gazebos and bought themselves some lollies 😃.  This singular act normalised the country for me and we went on to thoroughly enjoy our time in South Africa. 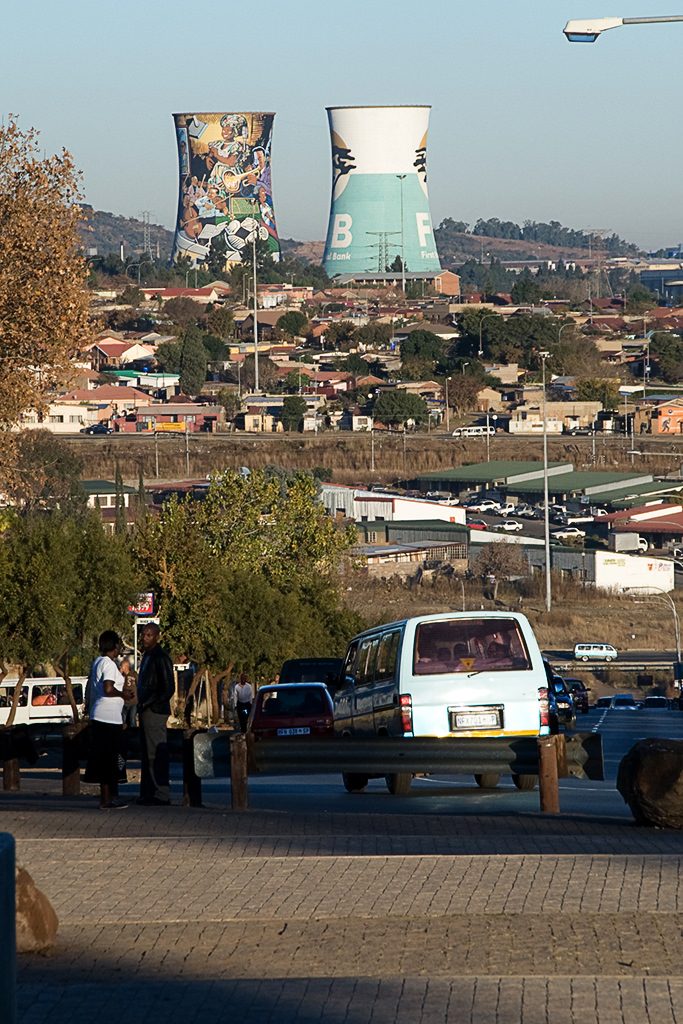 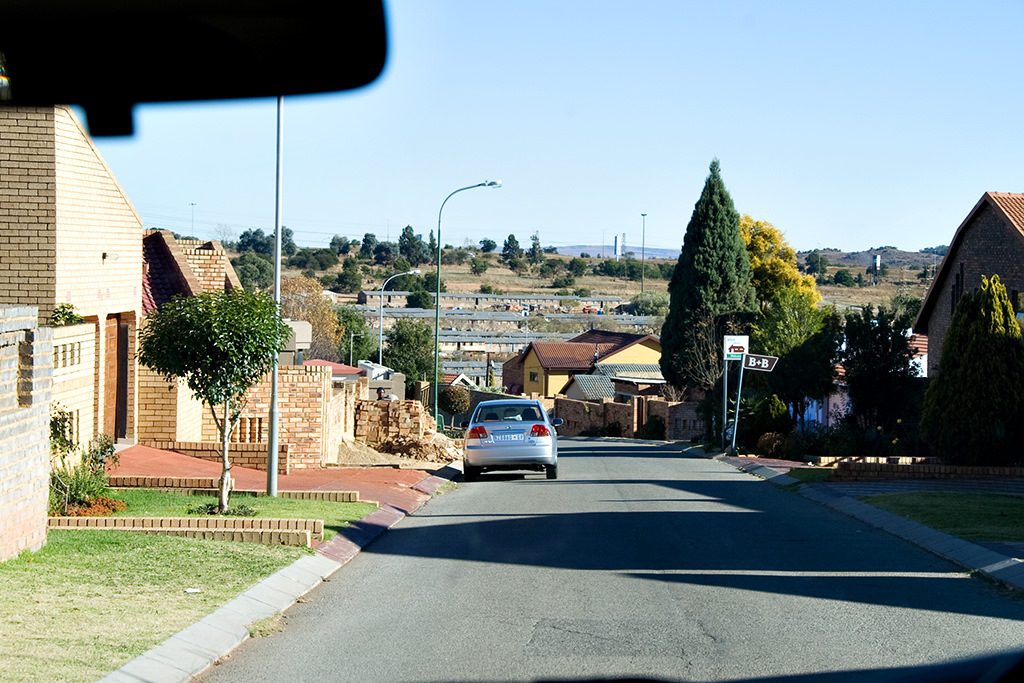 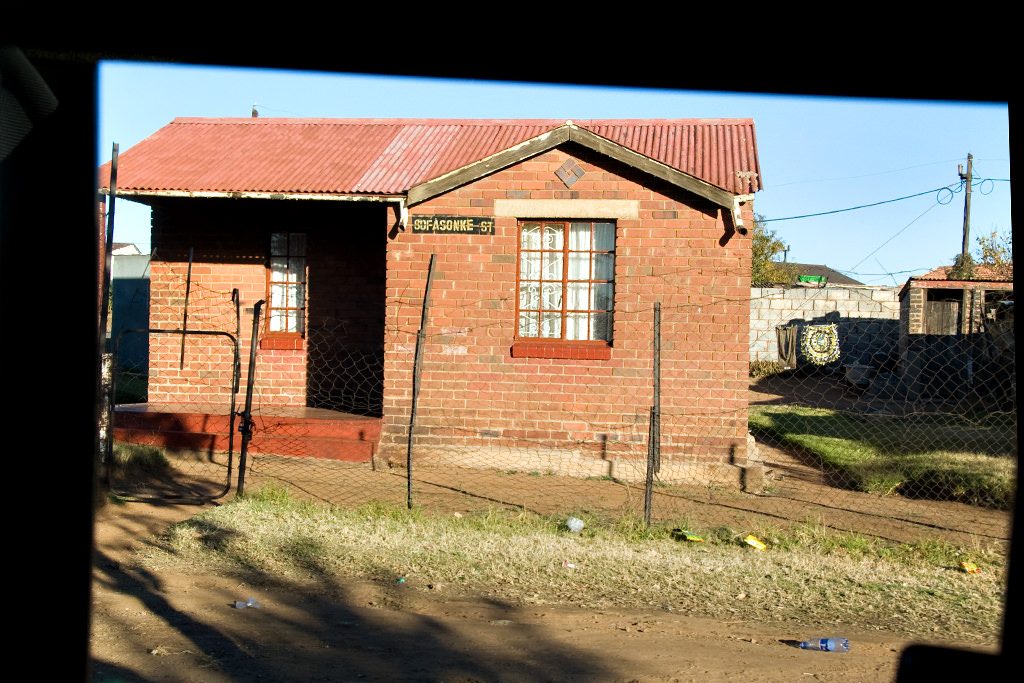 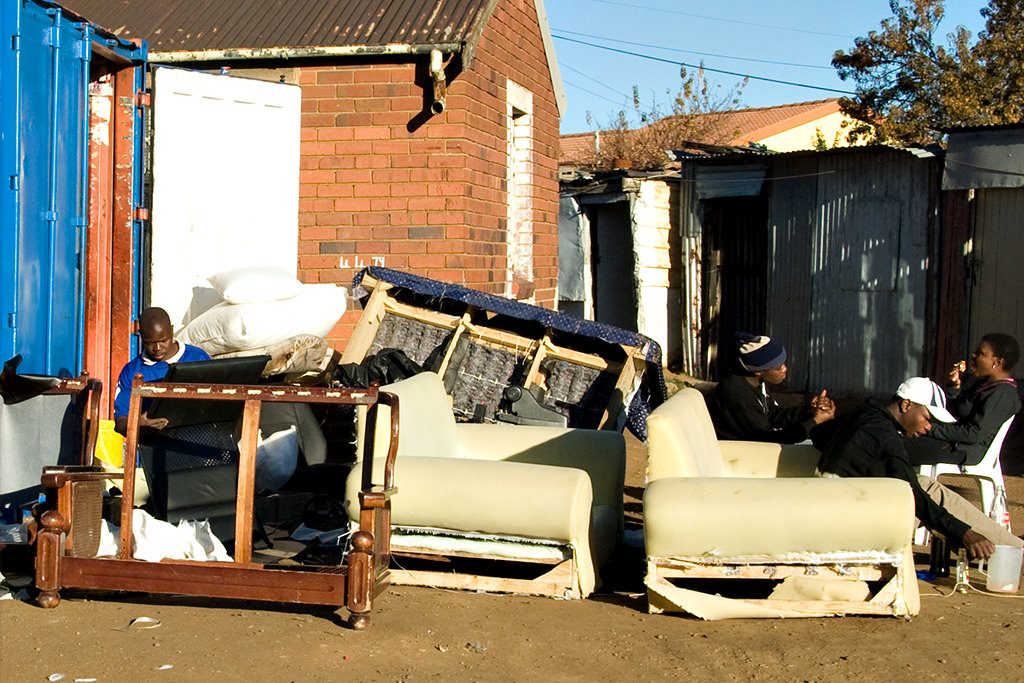 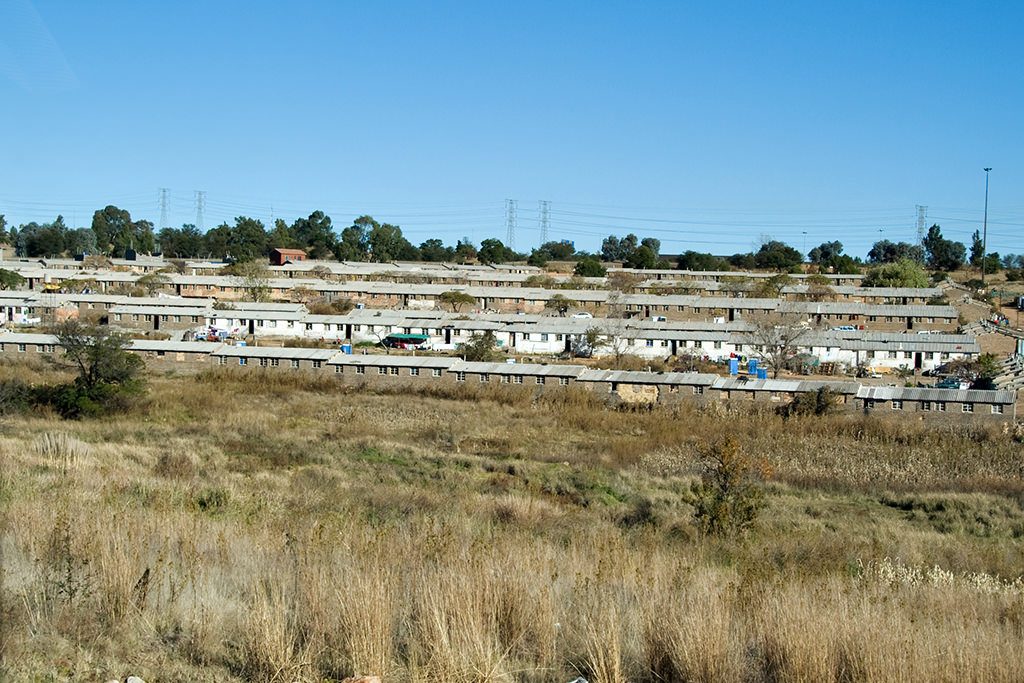 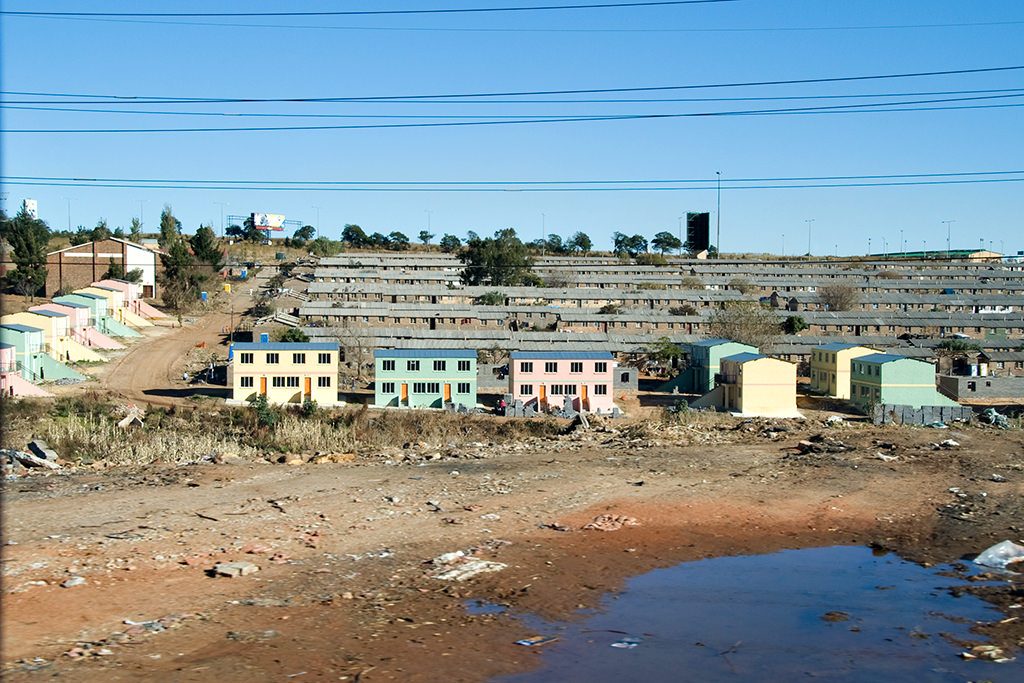 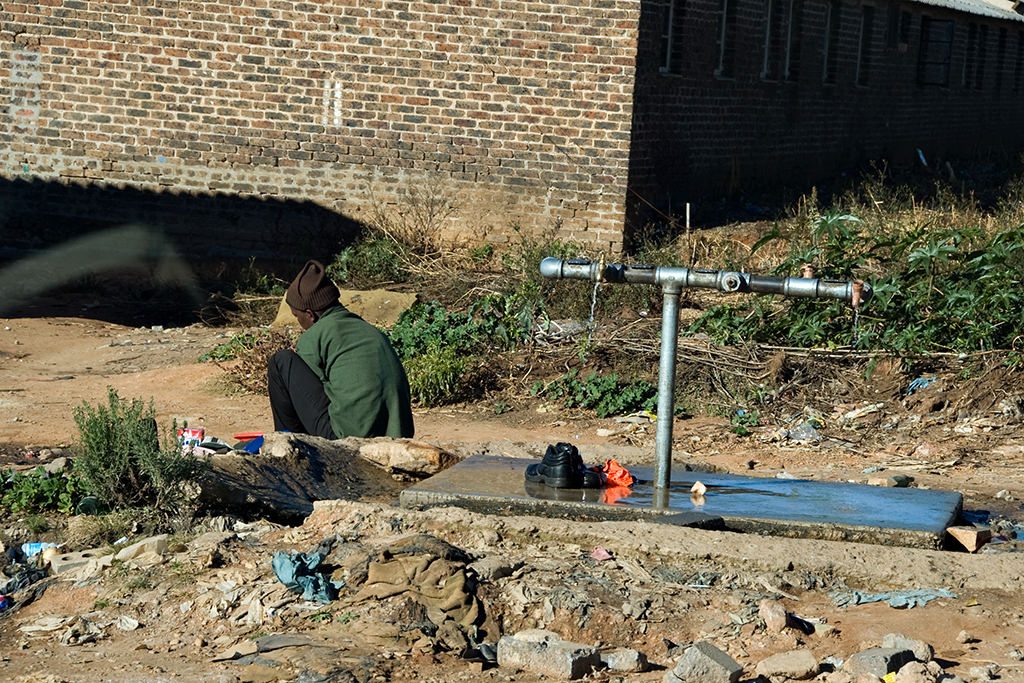 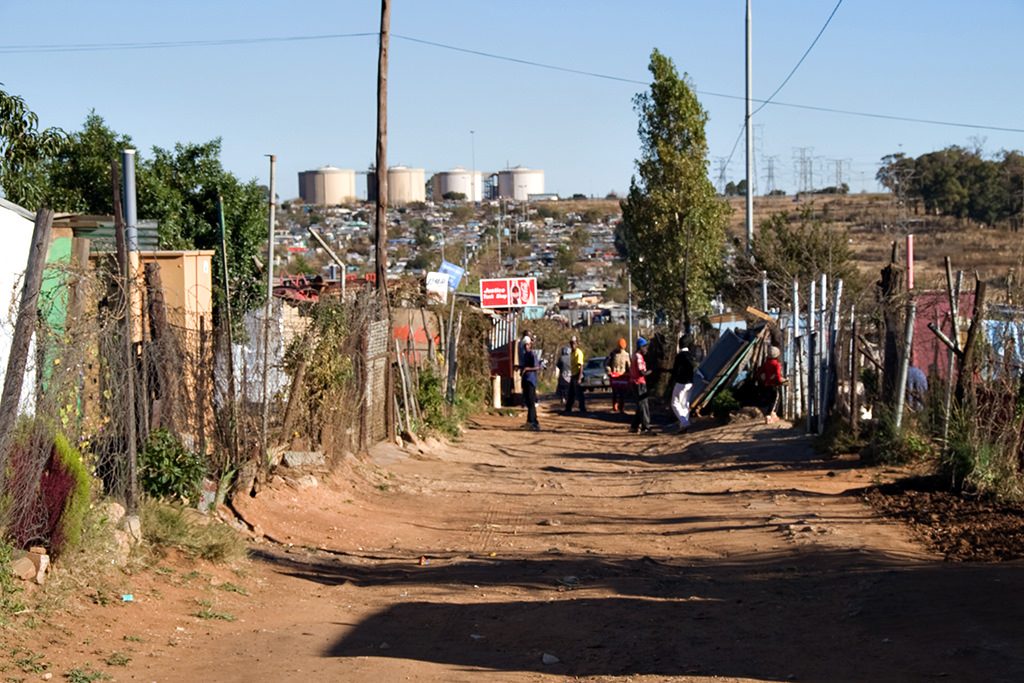 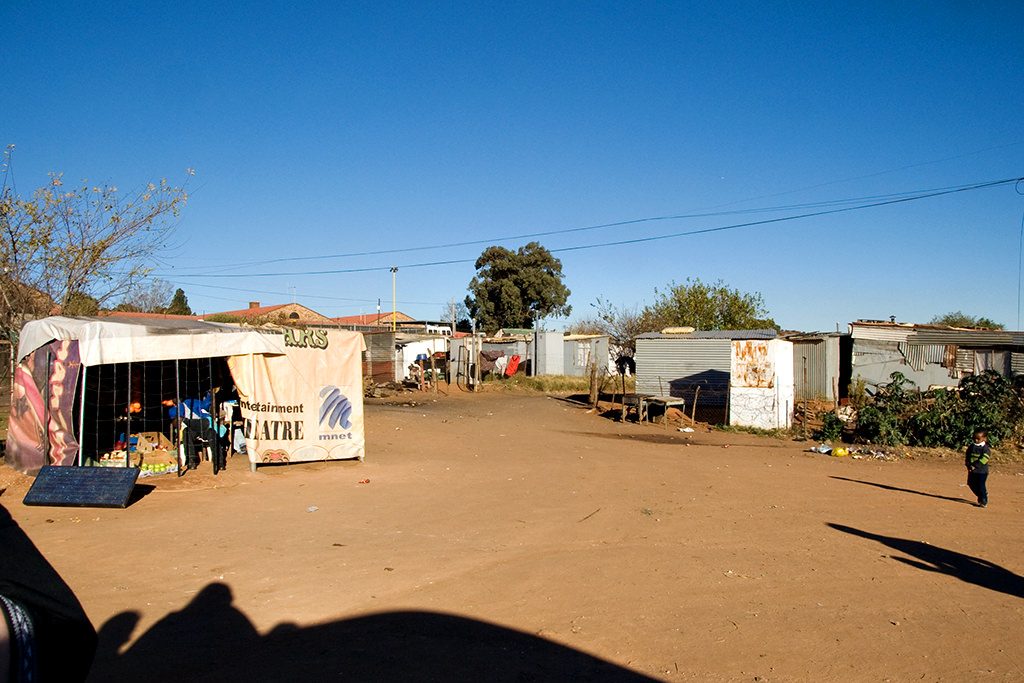 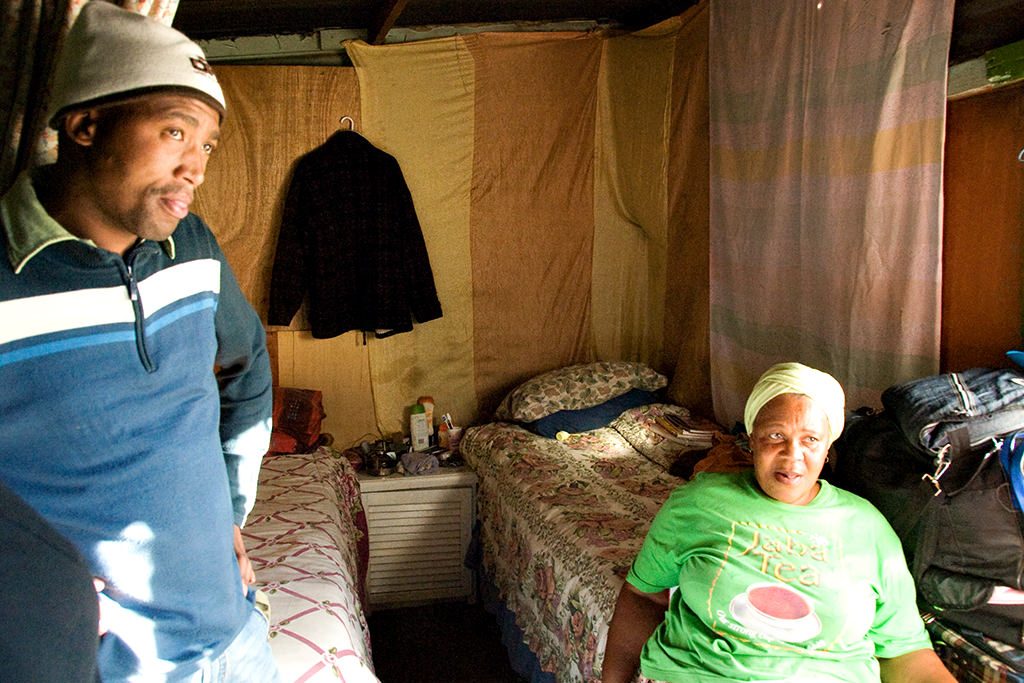 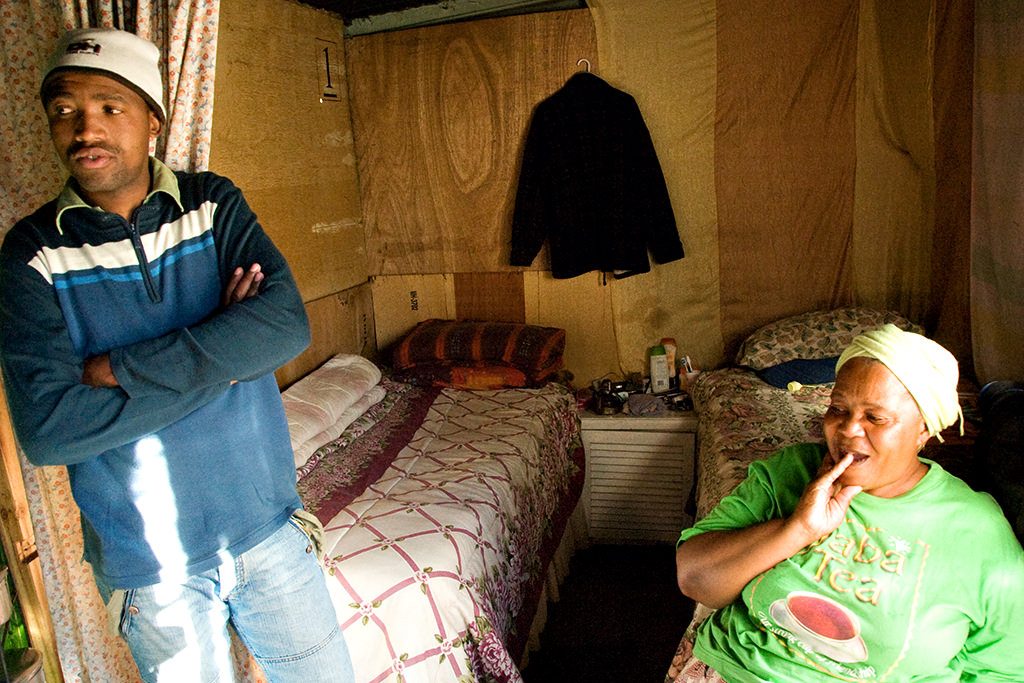 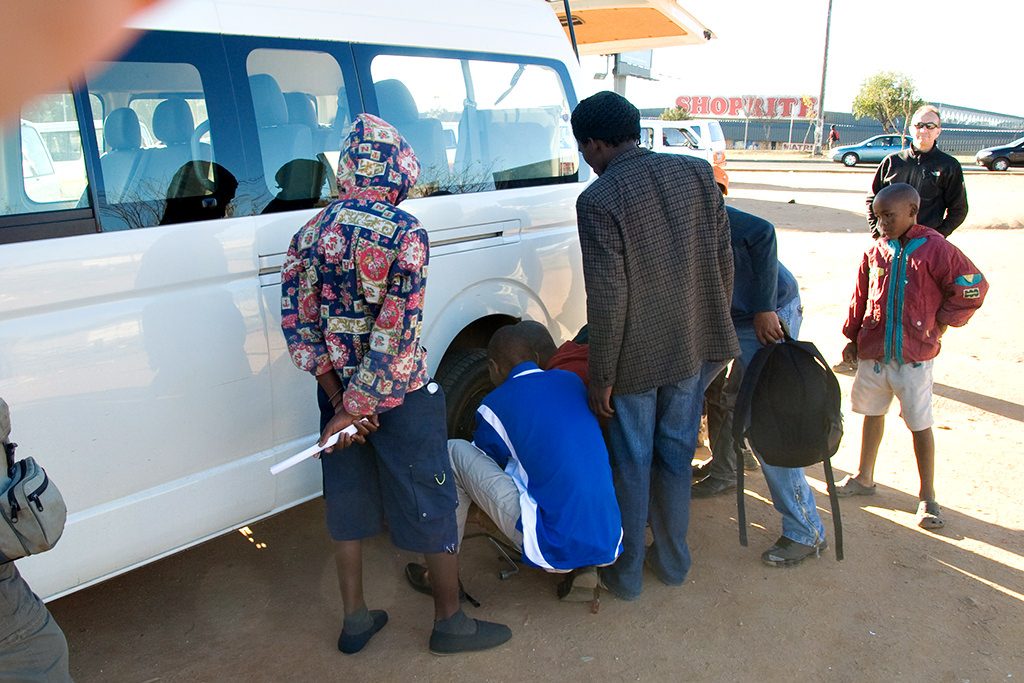 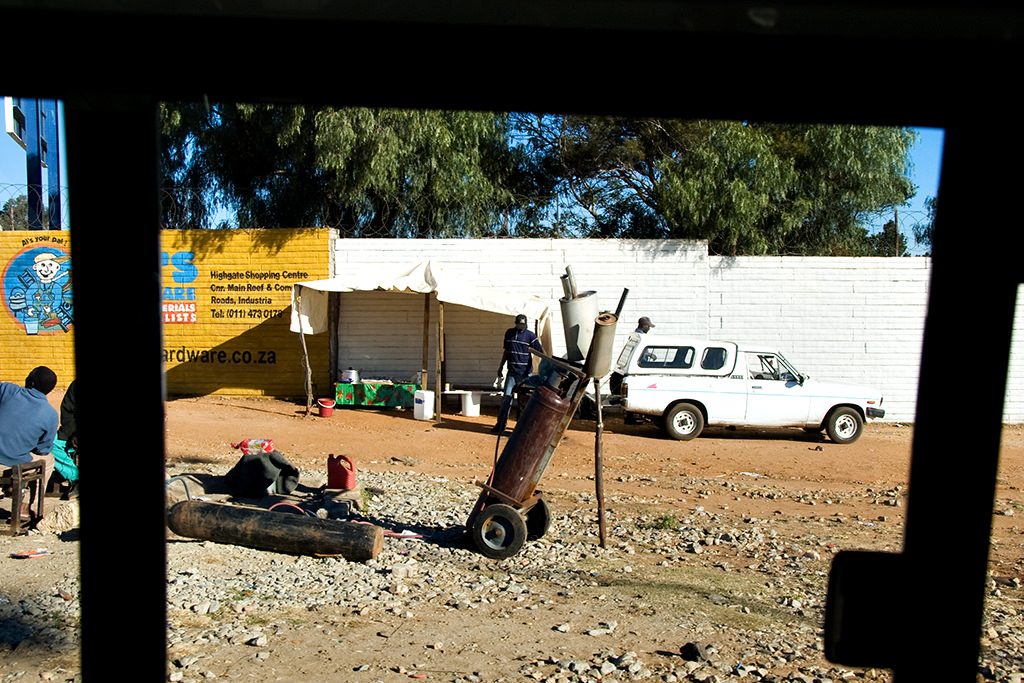 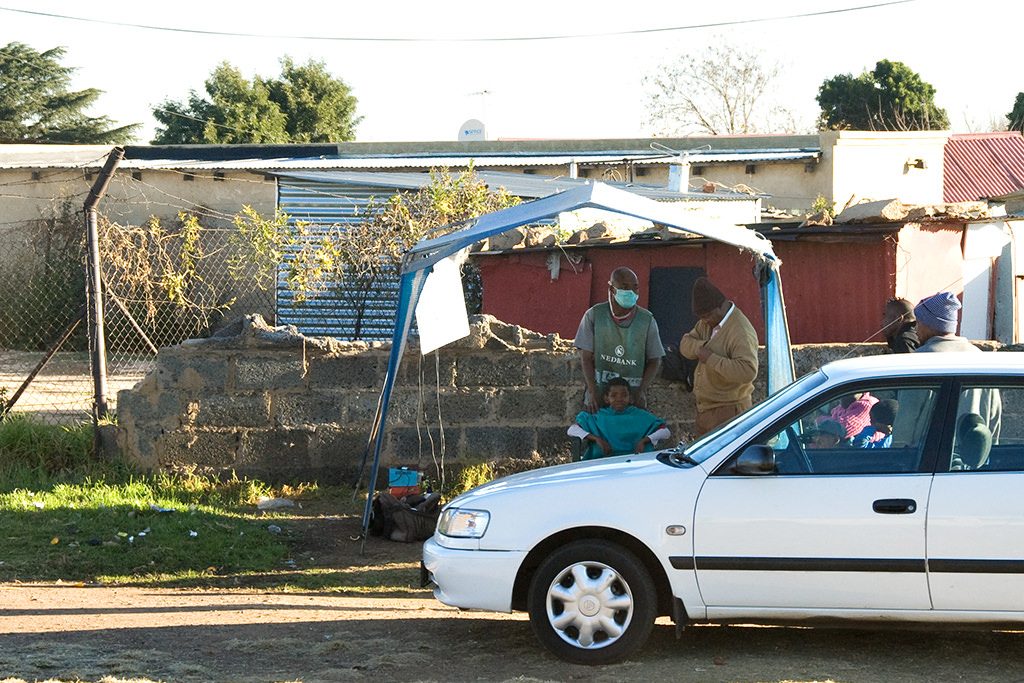 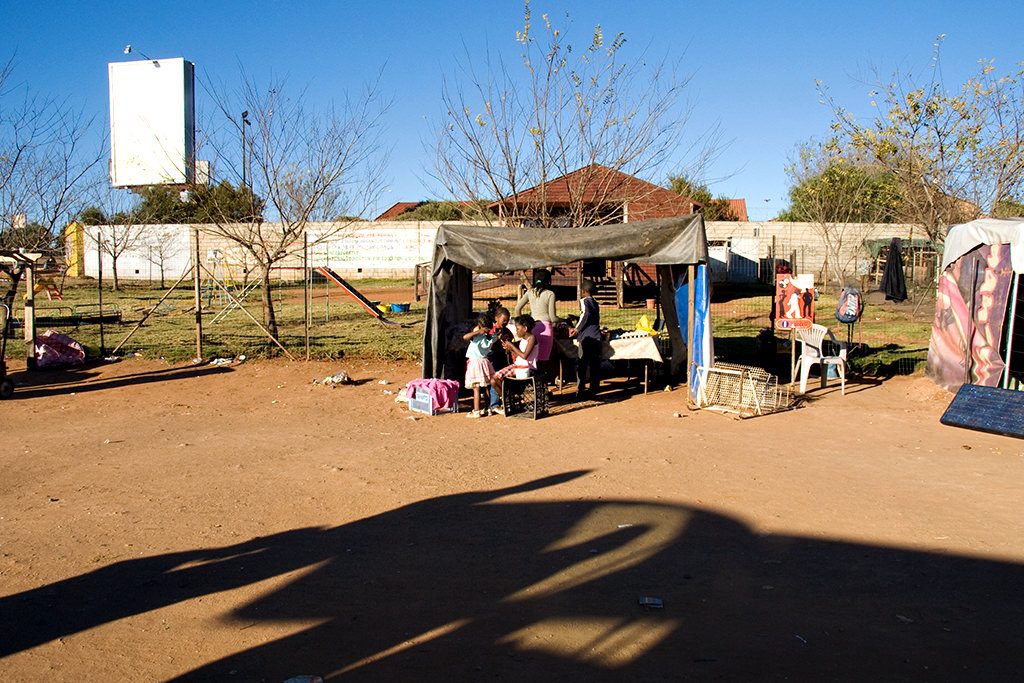 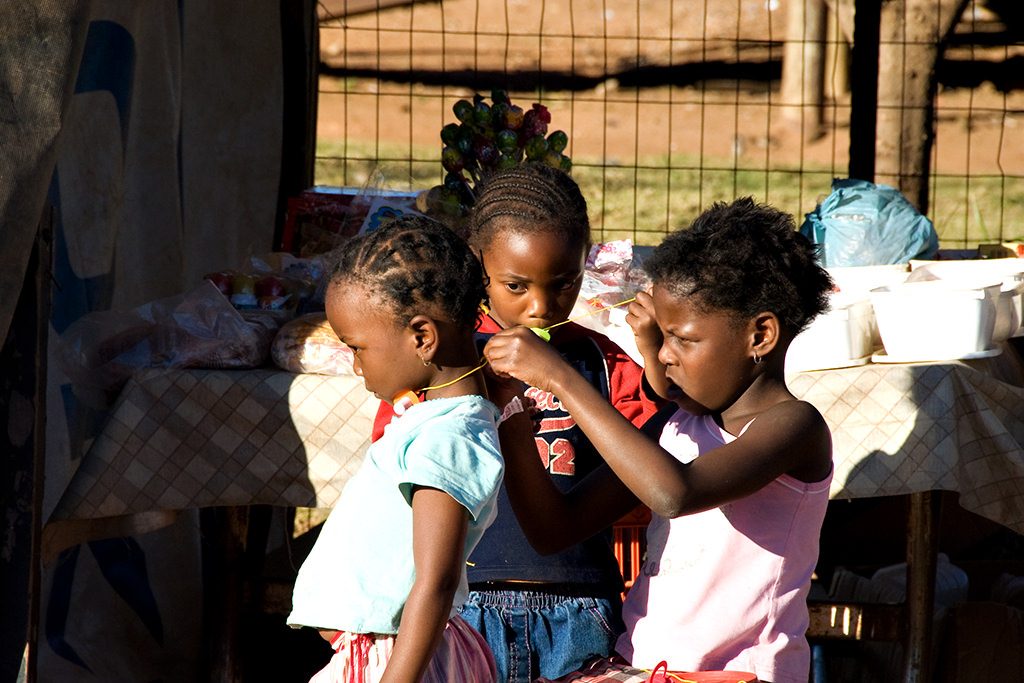 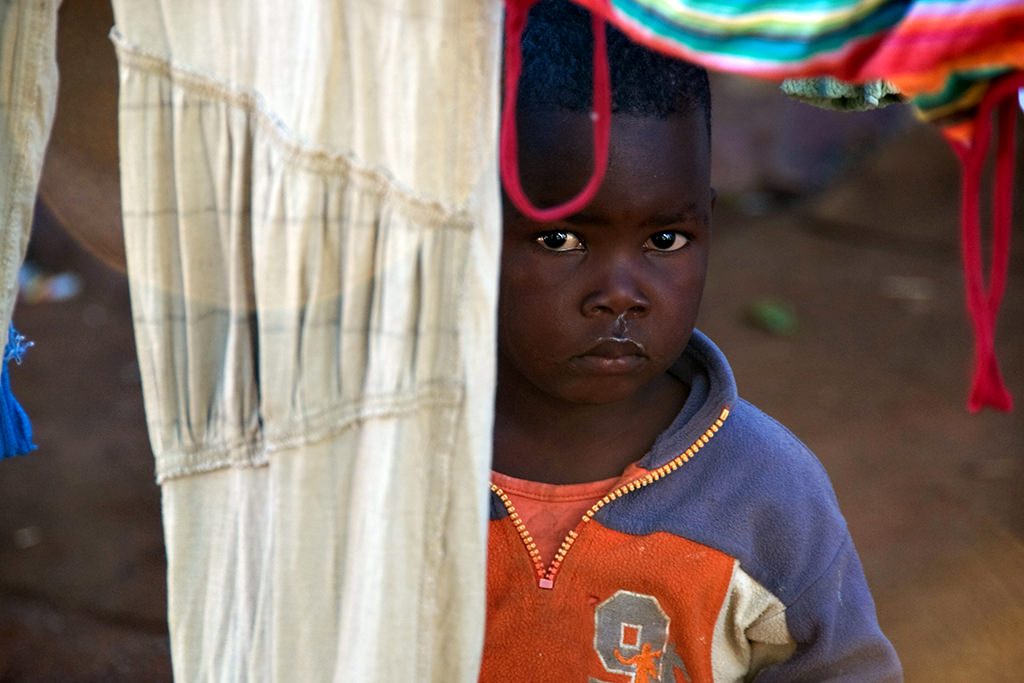